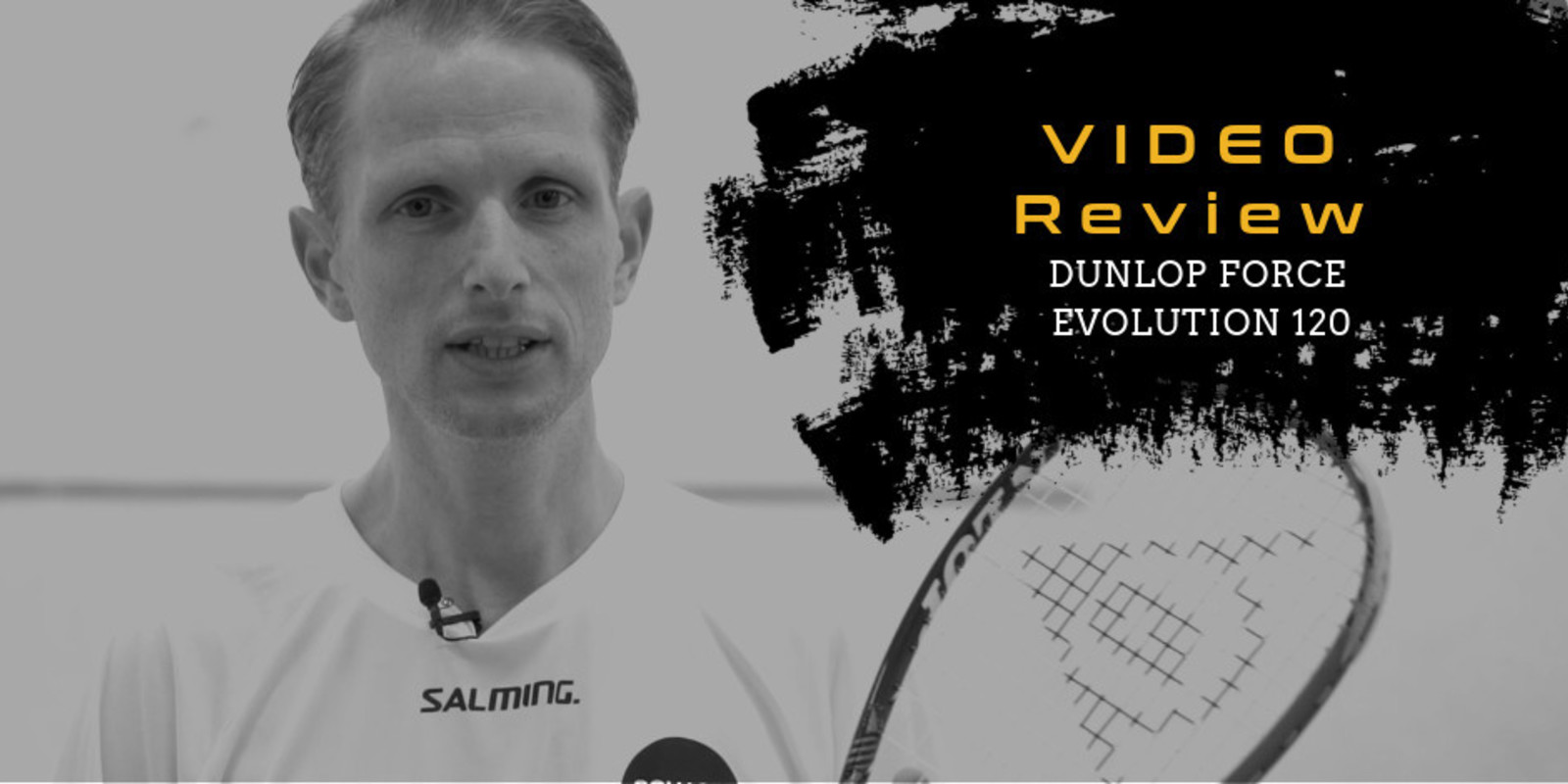 The Dunlop Force Evolution 120 is perhaps the most popular squash racket from Dunlop of all time. This racket is used by three-time world champion Nick Matthew who is known for his attacking style of play. He usually puts his opponents under pressure by volleying a lot.

Although this racket now has a successor now, the Dunlop Hyperfibre + Evolution Pro, it still remains a very popular racket among advanced squash players. I have therefore extensively tested this racket and will share my findings with you in this review of the Dunlop Force Evolution 120.

If we take a closer look at the Dunlop Force Evolution 120, a number of things catch your eye. First of all, the frame is very streamlined and has rounded edges, which reduces air resistance. Furthermore, the longitudinal strings are extra long and the racket should provide a lot of power. The frame is also very light and particularly manoeuvrable due its very low balance point. Most weight is situated in the bottom of the racket.

When you play with the racket, you immediately notice that you can react quickly. You can hit the ball earlier and it is also possible to generate a lot of racket head acceleration with a short swing. What I am very excited about is the feel that you get from the strings. They run exactly parallel, so you can place the ball very precisely. I would really recommend this racket if you are a player who likes to volley the ball a lot and play an offensive game.

You may also be interested in the following articles:
Differences between the Tecnifibre Carboflex X-Speed Squash Rackets
Review Asics Gel-Fastball 3
Harrow - the Ferrari of the squash rackets