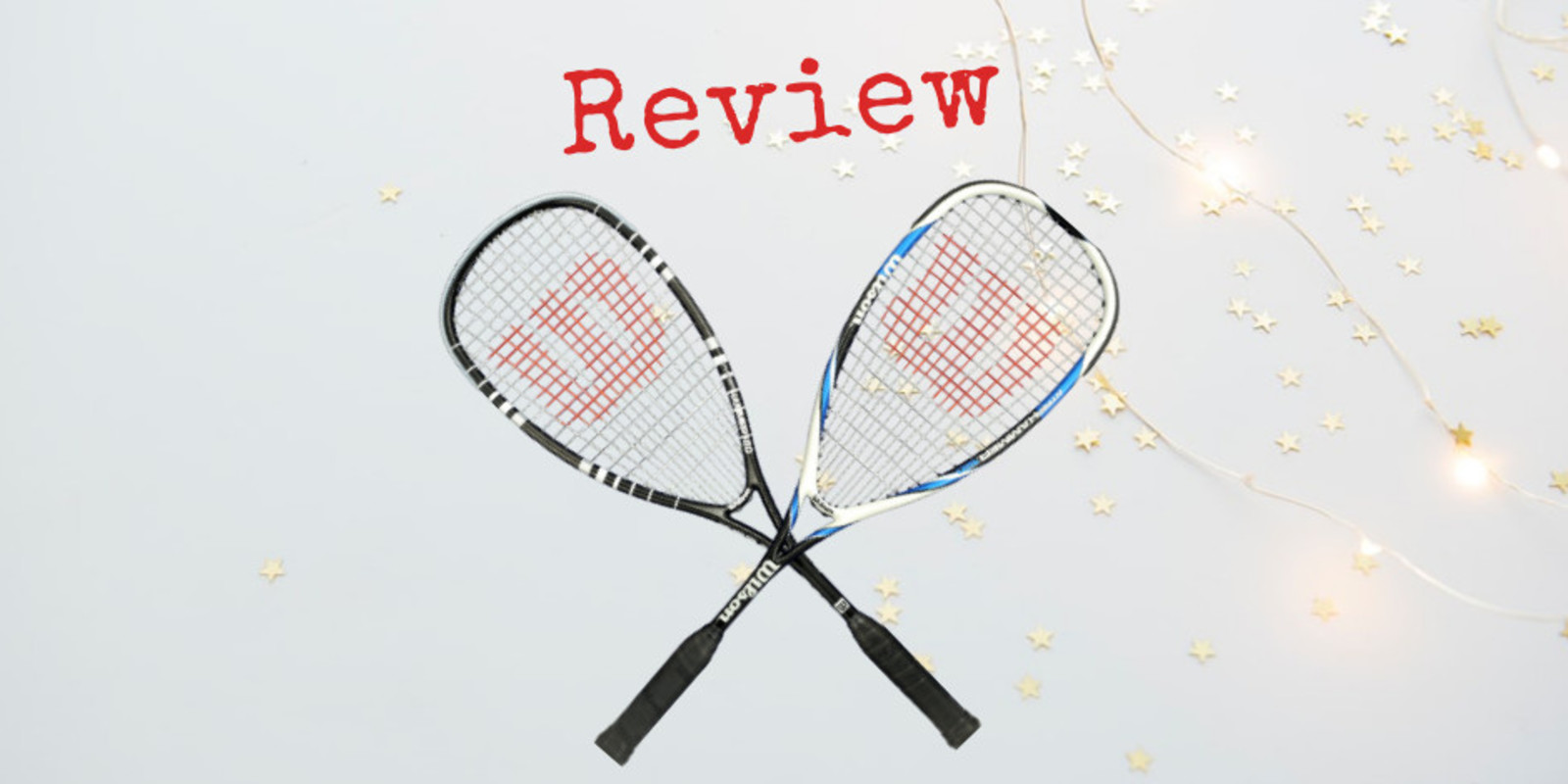 The Wilson Hyper Hammer 120 has been one of the best-selling rackets for quite a while which is hardly surprising, because for relatively little money you get a racket from the top line of Wilson. As this racket is so popular year after year I wanted to test it and see what makes it the choice of so many recreational as well as advanced competition players. I tested it on several occasions and below you can read about my impressions and how the Wilson Hyper Hammer 120 scores in terms of power, control and manoeuvrability.

I really liked the strings. The Sensation Strike strings give you a great feel and more control over your shots. With most other rackets, the strings are too smooth and soft. The small openings between the strings of the Wilson Hyper Hammer 120 guarantee even more control for accurate shots.

What is exceptional about the Wilson Hyper Hammer 120 is that you can choose from two colour combinations: black with white stripes or white with streamlined black and blue lines. It is very rare to have exactly the same racket in different colours - you often have this option with shoes and sportswear but certainly not with rackets. And to be honest, nowadays we just love having choice, so this is definitely an extra bonus point for the Wilson Hyper Hammer 120.

The Hyper Hammer 120 offers great value for money and is suitable for recreational and advanced players. Because of the high balance point, the focus is on the hitting power, but the racket also performs well in terms of control and quite well in manoeuvrability. For recreational players who have trouble hitting the ball hard and struggle to get it to the back of the court, the Wilson Hyper Hammer 120 is highly recommended. You will find that the game suddenly seems a lot easier than before, because you can hit the ball hard with little effort.

How does the Wilson Hyper Hammer 120 score:
Power: 9
Control: 8
Manoeuvrability: 7

Specifications and more technical aspects of the Wilson Hyper Hammer 120 can be found on the Squashpoint website.

You may also be interested in the following articles:
Review of Dunlop Blackstorm 3.0 Squash Rackets
Review on the Salming Hawk
Review Tecnifibre Air Endurance Rackpack

This way you stop sweating after a squash session Improve your Explosivity and Speed with these 3 exercises Recharge your batteries with Paul Coll's power pancakes Move Faster On Court Review Wilson Hyper Hammer 120 How To Choose The Right Squash Racket? Tips to improve your T-position Why you should dominate the T in Squash Signs that your opponent is getting tired 3 Tips to improve your game quickly